Tagged by the Queen of Memes, and we all know that a royal command cannot be refused without severe penalty. I don't think I have to worry about the One Legged Man stealing this meme either. Mimi was quite adamant about tagging the entire blogoshpere, so this would include the One Legged Man by default. I'm sure that he would not be stupid enough to steal a meme, and then have to complete one himself anyway. He is crafty, but I don't think he'll hand in two memes, right??? So I'll take my chances with this one.
This meme is called The Band Meme, and it's quite simple to complete and fun to do.
You are about to have your own band's CD cover. Follow these directions to the letter. My tagee list is at the bottom of this post. It's fun and requires no thought at all. Go to......

The first article title on the page is the name of your band.

The last four words of the very last quote is the title of your album.

The third picture, no matter what it is, will be your album cover.


4. Use your graphics program of choice to throw them together, and post the result .
This is my result. 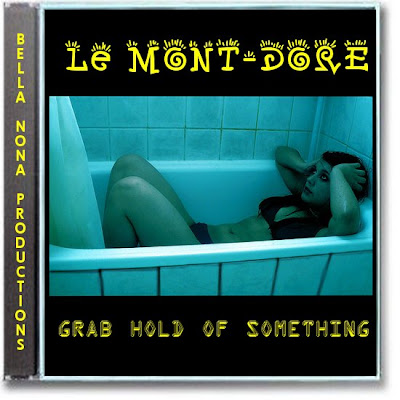 So there you have it.

Just one and I know she's been tagged, but the more pressure the better

Now that is some album cover! Grab hold of something? Oh please.

Welcome To The Band

That came out great!

I love that you were able to make that into a CD cover and not an album cover! I am not graphically adept I'm afraid!

Love the title and the picture, too, those came out quite well!

Thanks for writing this.